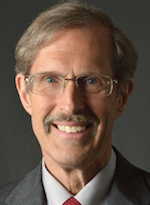 In 2011, there was a California Supreme Court case titled Cassel v. Superior Court, in which a business owner settled a lawsuit allegedly under extreme pressure from his lawyers. Even though he had told them that he would take no less than $2 million to resolve the suit, his lawyers said the other party would only settle for less and they pressed him to accept the offer as follows:

Though he felt increasingly tired, hungry, and ill, his attorneys insisted he remain until the mediation was concluded, and they pressed him to accept the offer, telling him he was “greedy” to insist on more. At one point, petitioner left to eat, rest, and consult with his family, but Speiss called and told petitioner he had to come back. Upon his return, his lawyers continued to harass and coerce him to accept a $1.25 million settlement. They threatened to abandon him at the imminently pending trial, misrepresented certain significant terms of the proposed settlement, and falsely assured him they could and would negotiate a side deal that would recoup deficits in the VDO settlement itself. They also falsely said they would waive or discount a large portion of his $188,000 legal bill if he accepted VDO’s offer. They even insisted on accompanying him to the bathroom, where they continued to “hammer” him to settle. Finally, at midnight, after 14 hours of mediation, when he was exhausted and unable to think clearly, the attorneys presented a written draft settlement agreement and evaded his questions about its complicated terms. Seeing no way to find new counsel before trial, and believing he had no other choice, he signed the agreement.

Mr. Cassel decided to sue his attorneys for malpractice, because of how he was treated by them in the mediation. Ordinarily, if a client wants to sue his or her attorney for malpractice, the client waives confidentiality and can testify about what occurred. But in mediation, the law requires that all participants must waive confidentiality before anyone can testify about what occurred.  Therefore, his lawyers relied on the confidentiality laws by saying that no evidence of his conversations with them was allowed to be presented by him or by them in his lawsuit.

A mediator may not submit to the court, and the court may not consider, a report of communications or conduct by a party which the mediator believes constituted a failure to comply with an order of the mediator and to participate in good faith in the mediation process. As we noted, the pertinent statutes are clear and unambiguous, thus precluding judicially crafted exceptions. Even if the failure to allow such a report means there is no sanction for a party’s refusal to cooperate during a mediation, we observed, “the Legislature has weighed and balanced the policy that promotes effective mediation by requiring confidentiality against a policy that might better encourage good faith participation in the [mediation] process.”

There were other cases in which the courts strictly interpreted the confidentiality laws, but in one, Rinaker,the Court of Appeals decided that a mediator could be forced to disclose confidential information that occurred during the mediation when it was related to a juvenile’s right to due process in a criminal case.  Apparently, an admission had been made during the mediation which would have a big impact on the criminal case.  The court made clear that criminal issues could supersede strict confidentiality. Otherwise, it has remained strong.

The outcome of this case was that the California Supreme Court ruled in favor of strictly interpreting broad confidentiality regarding statements and behavior before, during and after mediation sessions, stating:

The statutes also include within their protection communications made “for the purpose of” mediation. Thus, even unilateral mediation-related discussions between a disputant and the disputant’s own attorneys are confidential. Moreover, unless all mediation participants waive confidentiality, the protection applies even if the communications do not reveal anything about the content of the mediation proceedings themselves.

But a Door Was Opened

Despite its strict ruling in favor of confidentiality, the California Supreme Court was concerned that there would be no remedy for a client who was obviously treated badly by the lawyers who were supposed to be representing him. So, it said that the legislature may want to reconsider whether there should be an exception. The Conference of California Bar Associations was persuaded to pass a resolution recommending the following exception for:

…a State Bar disciplinary action, an action for legal malpractice, and/or an action for breach of fiduciary duty, of communications directly between the client and his or her attorney, only, where professional negligence or misconduct form the basis of the client’s allegations against the client’s attorney.

A bill was introduced in the legislature to make such an exception, but there was “significant opposition” from mediators, several law associations, the Presiding Judge of the Civil Division of the San Francisco Superior Court and mediator Ron Kelly, the principle author of the existing confidentiality laws adopted about twenty years ago by the legislature. Therefore, the bill was amended to have the Law Revision Commission come up with a solution.

Since then, the Commission has been gathering a lot of input, but it was off the radar for most of us. Thanks to mediator Ron Kelly, we have become aware of how committed the Commission is to moving forward with a law revision now. Last summer, many mediators and organizations in California wrote letters and emails to the Commission urging it to leave the confidentiality laws as they are. But it is determined to move forward with a revision.

On December 10, 2015, about three dozen people attended the meeting of the California Law Revision Commission – mostly opposed to weakening the current laws. But the Commission is still planning to propose an exception and is just focused on the wording.

An exception to confidentiality in the case of attorney negligence or misconduct would open up the entire mediation process – before, during and after a session – to disclosure and possible testimony in court. It is hard to imagine how this genie could be kept in the bottle once it is allowed out. Here is part of what I wrote to the Commission:

In family law disputes, allegations of fraud and deceit are rampant and would easily become the focus of actions days or months following mediated agreements. Without strong boundaries protecting the confidentiality of mediation, it will become just the next battleground for high-conflict people – approximately 15% of the general population.

Family law and family mediation are constantly vulnerable to doubts and misinterpretations. These issues should be handled through mediation and consultation with lawyers before a mediated settlement agreement is signed, rather than litigated afterwards. Confidential mediation should remain a totally separate process from litigation, and should not become merely a step in the endless litigation process of family law.

I feel bad for Mr. Cassel. But I don’t see how mediation confidentiality can be partially removed. It’s like being a little bit pregnant. It is a question of comparative harm. Sure, it’s too bad that Mr. Cassel only got $1.25 million and can’t successfully sue his lawyer because the evidence is confidential. That was a bad 14 hours. But, for confidentiality to be weakened in all California mediation cases because of the Cassel case – possibly setting a trend nationwide – seems like a much greater harm to me.

What do you think? Please let me know your thoughts, no matter how long or short. [email protected].