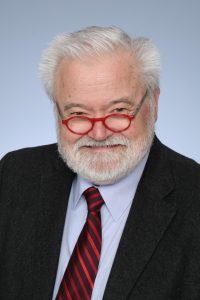 One of the continuing problems I hear being raised by members of APFM around the country, and in Canada and Europe (Yes, indeed, they are confronting the same problems in Europe) is that anyone can claim to be a mediator.  Without any training or commitment to certain standards of behavior, anyone can hang out a sign, call themselves a mediator and begin collecting fees. This has created confusion in the public about what mediation really is and how it works.  Moreover, it has often led to blurring of the lines between the professions of law, therapy, and mediation. I think this is because the underlying assumptions that guide one in the role of a Professional Family Mediator are not understood, or are simply disregarded by some.

In “Standard VI: Quality of the Process,” two paragraphs address the problem of mixing the role of mediator with other roles. The language that the Board set forth in an effort to get feedback from the membership is as follows:

1.     The role of the mediator differs substantially from other professional roles. Combining the role of a mediator with another professional role within the same case is prohibited and thus, a mediator shall not undertake an additional dispute resolution role in the same matter with the same participants, because such change in role may result in carrying out duties and responsibilities that may be governed by different professional standards that could be in conflict with those of the mediator.

2.      A family mediator shall not conduct psychotherapy or engage in any adjudicatory role with any of the participants during a mediation process.

In “Standard XI: Advertising and Solicitation,” which governs what one says about themselves to the public, new language has been added:

Family Mediators should refrain from promises and guarantees of results. A family mediator should not advertise statistical settlement data or settlement rates. A professional mediator should advertise as a mediator only and not attach “mediator” or “mediation” to any other professional designation in advertisements, literature, brochures, calling cards, websites or other forms of communication with the public. Representing oneself as a “Therapist-Mediator”, “Attorney-Mediator”, or “Retired Judge-Mediator” is confusing to the public and mixes the roles of different professions.
……

A family mediator shall not label or describe a dispute resolution process it offers to the public as mediation when such process is adjudicative, coercive, or predicts outcomes in court.

A family mediator shall not conduct or offer a dispute resolution procedure other than mediation, while labeling it as mediation, in an effort to gain a marketing advantage, or to gain the protection of rules, statutes, or other governing authorities pertaining to mediation.
All of the above language is designed to correct a problem that has been growing for many years. It is a problem that Marvin Johnson and I referred to as adjudicatory procedures seeping into the mediation process.[1]  For example, one would expect that no judge would ever lean over from the bench and instruct an attorney in the middle of trial to help her opponent because the other side isn’t doing a very good job presenting the case, as this would violate the rules and long-standing procedures of an adversarial litigation process.  Likewise, one should not expect that, in the midst of a structured mediation process, the mediator would lean over and say, “By the way, when I am not mediating, I also practice law and I predict that you would have a very difficult time persuading a judge to see it your way. The case law is just not on your side.”  Not only would this violate accepted good practices, it would be mixing the profession of mediator and lawyer.

Such a boundary is needed because the prediction about what outcome one can expect in court has traditionally been seen as the practice of law, and therefore, that function is governed by different professional standards than the standards by which mediators are governed.  As noted above, it is also confusing to the public.  Indeed, if one goes back to the previous mediator standards accepted by the ACR, AAA and the ABA in 2005, the prohibition against mixing roles was not only mentioned, but the mixing of roles was also discouraged. 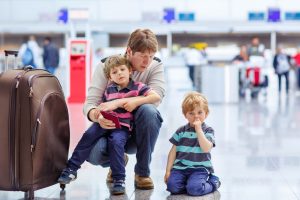 While less prevalent, other seeping crossover problems have occurred in relationship to the mental health professions.  For example, a person may be appointed by the court or by the parties as a parenting consultant to “facilitate, mediate and investigate the circumstances of the minor children in an attempt to establish the children’s true wishes, as well as help the parties co-parent the minor children, and if impasse is reached between the parents, the mediator shall submit a written report to the court recommending who shall have custody.” (I have actually seen such a sentence in a court document.) While some may not have a problem with such a role description, others would see this as flagrant mixing of the role of mediator with the role of a mental health professional.

Stephen K. Erickson, J.D., is one of the founders of the original Academy of Family Mediators, started in 1980, and is a Founding Board Member of the Academy of Professional Family Mediators. He has practiced exclusively as a family mediator since 1980. He also helped create the first 40-hour divorce mediation training that took place in 1981, and he continues to write, teach and mediate.

The Ethical Standards adopted by the Board of APFM in 2014 are available here.