Third-party assisted negotiation using a member of a consortium of mainly retired judges has become a frequently used means of reaching divorce settlements.  Although it is usually called “mediation,” many experienced family mediators question the appropriateness of that term.

The consortiums that furnish the third party neutrals in these cases advertise a high rate of successful settlements.  If the standard for success is a signed agreement or order that settles the court case, such a claim is probably accurate.  There apparently are no reliable studies that follow up on client satisfaction with such settlements.

There is a potentially coercive nature of these settlements.  Coercion may arise through very long meetings that may even go past midnight, often with a trial date close at hand, and with the expectation that an agreement or order must be signed before anyone leaves.  Or, the retired judge may offer an opinion as to how the case would come out in a court hearing. The “Catch 22” for adherents of this process is that, if it is to be called “mediation,” then mediator ethics apply.  One basic principle of every set of mediator ethics is that mediation not be coercive.  So, arguably, such a process might be either unethical mediation or not really mediation at all (and thus not subject to mediator ethics).

It is clear, however, that the consortiums consider these negotiations to be “mediation,” because the parties are customarily asked to sign in advance a formal agreement to mediate. If a client in such a process feels coerced at some point in a marathon meeting and so informs his or her counsel, does that counsel have an ethical obligation to suspend the discussions?  Does the mediator have the responsibility to adjourn if he or she believes that the process has become coercive?  The self-determination requirement of mediator ethics appears to make the nature of the process in each case, as well as the substantive decisions, dependent upon the consent of the parties.  That consent may be expressed in the form of the agreement to mediate, which in turn may be somewhat of a contract of adhesion. 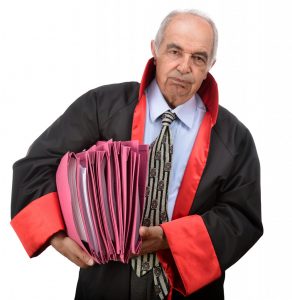 If we further deconstruct this third party process, it may readily appear not to be an alternative means of disputes resolution at all, but simply another branch of the adversarial system.  It has almost all of the characteristics of the adversarial litigation system – counsel present on both sides, a process focused mainly on resolving the substantive issues according to the statutory law and appellate decisions, and a third party neutral whose main experience has been in deciding adversarial cases in an imposed process.  This is especially true when the goal of the settlement is simply to resolve only those issues that a court would otherwise decide.

Nothing set forth above is intended to suggest that these negotiations with retired judges are inherently coercive.  There are, however, plausible concrete examples of the risks of coercion.  Consider also that there are other legitimate issues that relate to these retired-judge-assisted negotiations, which we shall now consider.

One thing that makes this third-party process attractive is that the retired judges in these consortiums were, without exception, among the most respected judges on the bench during their judicial tenures.  It is a process that also gives the parties to the dispute, or at least their counsel, the ability to select someone familiar who is seen both as neutral and highly experienced.  Arguably, these retired judges have some special insights into settlement options based upon their long experience on the bench.  But is this always the case?

If we consider mediation as a separate profession, as we should, we need to remember that the range of skills and knowledge of a professional family mediator differ in some very important ways from those of an experienced family lawyer or a retired judge.  This is not to say that a respected retired judge does not have a valuable and relevant professional background, but rather that when it comes to mediation there are many other appropriate skills and areas of germane knowledge that are also essential parts of the professional background.

For example, if there were an important new appellate decision on the tracing of separate assets or the valuation of a marital business, a judge would be expected to be familiar with such a precedent.  However, that same judge, for example, would not be expected to be aware of the ground-breaking work of Bill Eddy who uses a family system and court system analysis to show how courts often inadvertently promote re-litigation in cases involving high conflict ex-spouses.  But the work of Bill Eddy, who is both a lawyer and a social worker and has decades of experience mediating, would likely be part of the knowledge base of any professional family mediator.

The consortiums have their own training programs, and as such, these retired judges only rarely show up at interdisciplinary mediation forums.  You almost never see them at meetings of the Academy of Professional Family Mediators, the Association for Conflict Resolution, or the Association of Family and Conciliation Courts. 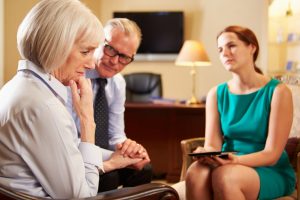 A huge body of skills, knowledge and experience has been developed in regard to all aspects of mediation.  The field of family mediation as a national movement is now nearly 40 years old.  Any experienced family mediator can talk knowingly about the many changes that have taken place, and the scope of ideas that have been shared, as to how to make family mediation more professional.  Numerous models of mediation have been tested and retested.  A family mediator who has handled say, 500 or more cases, will be fully aware of how to find the ethical mediation model that will be most likely to be successful in any given difficult mediation situation.  Family mediation at the professional level is far from being a “one model fits all” practice.  Much has been learned about practical uses of conflict resolution models, both in assessing cases and in working to resolve disputes.  This is academic knowledge that has useful practical applications.

When these judges were on the bench, they often did not even have jurisdiction to handle many of the basic issues that commonly arise in family law practice.  They usually could not rule in advance on future changes in spousal or child support.  Their options regarding the family home or a family business or professional practice were quite limited.  They often were unable to award support for children’s college expenses.  They could not order a stay-at-home spouse to get vocational counseling.  And they could not mediate while on the bench – judicial ethics prohibit a sitting judge from acting as a mediator or an arbitrator.

Even the best judges will not necessarily have read the many studies on children of divorce.  They may not have had any training in family systems and conflict resolution as the means to promote future parental cooperation.  They were not required to be familiar with the impact on parenting arrangements of the stages of childhood development.  They probably were not skilled in divorce financial planning.  Their analysis may have gotten misdirected because of archaic terms such as “custody” and “visitation,” and their understanding of how marriages break up may be unduly tied to the old fault grounds for divorce.  Their experience and jurisdiction has normally been directed backwards in sorting out past responsibilities and failures to be responsible, rather than forward in helping divorcing spouses face the challenges and needs of the future.  Beyond all this, being a judge in family law cases does not at all necessarily equip one to have empathy for the clients’ path through the different emotional stages of the divorce process.

This is not to say that any given retired judge may not have worked out some useful ideas in many of these areas.  But, there is apparently little in the institutional organization of these consortiums that promotes such interests.  Throughout the past 36 years I have met many aspiring divorce mediators (including myself, at times!) who just don’t know how much they don’t know.  Being a judge is an isolated and lonely job.  Family mediation requires collegiality for the exchange of ideas and experience.

Unless retired judges who handle family law cases are really willing to expand their skills and knowledge and to treat family mediation as a separate profession, including the ethics of successful family mediation, they should consider avoiding the term “mediation” for what they are doing.  And, they should recognize that what they have been doing is not the wave of the future, but a regression to the past.  Being a true professional requires an active and lifelong intellectual curiosity about one’s adopted professional career, not just a transfer of existing ideas and experience to a different professional field.

There are some very fine retired judges in these consortiums.  The resolutions of their cases may indeed leave the parties better off than would the full litigation alternative.  But, if they are as sensitive to the future direction of divorce settlements as I hope that many of them are, I trust that they will take this article in the spirit in which it is offered.  It is designed to promote professionalism and intellectual curiosity about family reorganization cases and to point out the benefits of treating mediation as a distinct and separate professional field.

Family mediation at the professional level is a complex discipline, requiring a range of knowledge, skills and experience not fully replicated in any other defined professional domain.  No matter how skilled someone may be as a family lawyer or a judge, he or she starts out as an amateur family mediator.  One only becomes a professional family mediator after becoming aware of the diverse elements and models that make up the field, and then committing to acquiring these through a lifetime of intellectual curiosity and a variety of practical experience.

Settling the court case, when there is one, should be the goal of every divorce mediation.  But, even the agreements that are negotiated between adversarial attorneys often contain elements that a court could not adjudicate.  Professional divorce mediation has the potential to do more, and often much more, than that.

Larry Gaughan was admitted to practice law in Montana in 1957, and in Virginia in 1967. He was a tenured full professor at Washington & Lee and George Mason Law Schools. As an attorney, he is rated by Martindale-Hubbell, the national rating service for lawyers, as “AV® Preeminent™.” Larry has been a family mediator since 1980 and is a Founding Member of APFM. He is a member of the Professional Mediation Board of Standards.