When Should a Mediator Withdraw?

Not all mediations go well. The parties are intransigent, or one is obviously a bully, or one is too weak to speak up for herself/himself, or the issues are beyond the knowledge-base of the mediator – or an assortment of other issues may prevent reaching an agreement. I am often asked whether I think that a particularly difficult couple will fail to reach an agreement and whether the mediator should withdraw – in other words “Should I fire my clients?” This article addresses some common issues, with my thoughts for how to deal with them, including comments about self-determination, which is STANDARD I of the APFM Standards of Practice. I encourage discussion on this topic, so feel free to send me your thoughts, long or short, to share with our readers. As with all ethical issues, it’s not clear-cut. 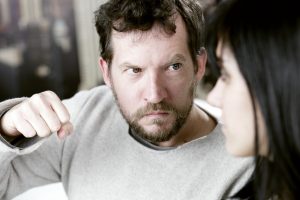 Initial screening may help in determining whether the parties are good candidates for mediation in the first place. Domestic violence screening is the most common concern, and there are several approaches to consider, such as a written set of questions to be filled out in advance and/or a separate screening interview with each person. Several organizations, including APFM, have provided trainings on domestic violence screening. Our APFM trainers on screening, Hilary Linton and Claudette Reimer, have recommended several adaptations to the mediation process for safety, based on the mediator’s assessment of the parties (See www.RiverdaleMediation.com for a good article about screening). After three decades of debate, most mediation programs agree that well-trained mediators can handle most domestic violence cases, with some exceptions that need to be screened out altogether. Of course, the mediator should stay alert to concerns about safety throughout the mediation process in all cases.

When there do not appear to be domestic violence issues present, I tend to favor taking any clients who are motivated to attend mediation, even if there are signs that they might not reach an agreement. I take a very optimistic approach to mediation. I believe that even high-conflict couples can reach agreements in mediation, and often do. There is no assessment tool that I know of that can predict, before a mediation begins, whether the parties will reach complete agreement or not.

I tell my couples that the vast majority of my cases do reach an agreement even if they are far apart at the start of the process. But, of course, it’s a voluntary process, so they can stop at any time, if either or both feel that it’s necessary. After over thirty years as a provider of divorce mediations, I find that I cannot tell (even during the process) which people will reach a full agreement and which ones will get stuck and drop out of the mediation.  So I favor hanging in there to give it my best efforts and help the couple calm the conflict, even if they don’t reach a complete settlement. 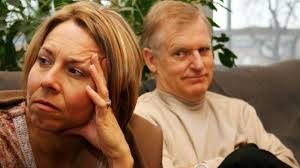 Some mediation clients can be very resistant to reaching agreements, or even to discussing issues reasonably. However, it’s important to know that some couples take longer to settle down, to comprehend the situation they are really in, to become open to compromise, and to fully understand their choices.  There’s no point at which a mediator should give up on the parties simply because they are not making progress. Many parties really do need more time. Instead, my approach has been to give this problem to the parties to resolve, with information about how it’s going. I believe this is informed consent, which is part of self-determination—one of the pillars of mediation ethics:

“You both seem to be out of ideas at this point, and I’m out of ideas, too. We’ve looked at a lot of information and you’ve both made serious proposals. We just don’t have agreements on everything yet. So let’s look at your options at this point. We could take a break for a few weeks. You could talk to some experts on the unresolved issues. You could get written opinions from lawyers on these issues.  I’m willing to keep working with you, but I’m not sure that I can help you at this point. I certainly don’t want to take your money if you’re not making progress. Do you want to schedule another appointment, which you can cancel at least two business days in advance? Or do you want to discuss your options, if you stop mediation now? It’s really up to the two of you.”

With this approach, I have been fired a few times. But, I have had many more cases in which they come back after a break and are able to reach agreements. If I had fired them, I don’t believe that this would have occurred. They like knowing that I am still sticking with them, even when they are frustrated – and frustrating!

For example, inviting in a financial advisor to assist with a complicated financial issue has worked in several of my cases. Sometimes it’s one of the party’s accountant or financial advisor, and in others, they have jointly hired a neutral financial specialist.  This can also work for parenting issues, if there is a need for outside information, such as how to deal with a child with special needs. Sometimes I have sent the parties to an outside therapist, but also having a therapist (who has worked with the children) on a speaker phone with both parties present is another alternative. All of these approaches avoid firing the clients, if possible.

For mental health reasons, we need to be very careful if we withdraw from a mediation case. One or both parties may be feeling very insecure in their lives at this hard time. This may be especially true if the case is not going well. Mediators develop a close relationship with their clients, similar to that of mental health professionals. We know that when a close relationship ends, it can be traumatic and trigger deep-seated emotions. For divorcing parties, such a relationship has already just ended with their spouse, so these feelings may be more likely to occur if a mediator seems to “reject” or “abandon” clients. This is why I prefer to stick with my clients unless they decide to fire me, as I suggested above.

I have only withdrawn in two cases out of about 2,000 mediations (that I can recall). In one case, the wife dumped a cup of water on the husband when he made a proposal she really didn’t like. I knew that she had smashed his car window once, so I concluded that this was a pattern of impulsive behavior and I terminated the mediation on the spot. I told them they needed to each have their own lawyer and that the lawyers needed to help them resolve their issues while they were in separate rooms – or buildings.

The other case in which I withdrew was one that was occurring purely by phone conference call from two different cities. After about a year of conference calls the couple had made no progress on relatively simple issues. They didn’t have new information or new proposals that they had prepared beforehand. I think that the distance had forced them to informally settle all the important issues (including parenting), so that there was no incentive to settle the remaining property and long-term support issues. I felt like they, equally, were doing nothing to move things forward, so I told them they needed to pick someone to make their decisions for them and to be done with it. They could have gone to court and quickly finished their case. I was no longer willing to participate in a process in which neither party was motivated to finish – even after a year of conference calls every couple months.

For ethical, and for mental health reasons, I think we should be very reluctant to withdraw from the mediation process once we have begun. On the other hand, we need to remain alert to concerns about safety, difficult clients and difficult issues. To fulfill our obligations of self-determination with informed consent, we should give the parties as much information as possible about the limitations of the mediation process and of our own knowledge, so that they can decide whether to keep working with us and adding more professionals, or moving on to someone else or to another process. It needs to be up to them as much as possible, but up to us to recognize when withdrawing may be necessary and appropriate.

Bill Eddy, L.C.S.W., J.D., has been mediating family disputes since 1979. He is a therapist, a lawyer and the Senior Family Mediator at the National Conflict Resolution Center in San Diego, and he is a Founding Board Member of the Academy of Professional Family Mediators. As President of the High Conflict Institute, he provides training in managing and mediating high conflict disputes. He is the author of several books, including High Conflict People in Legal Disputes. His website is: www.HighConflictInstitute.com.