The Marriage Between Cultural Sensitivity and Mediation 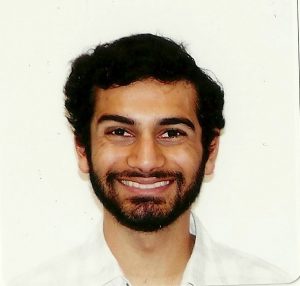 Thoughts and perceptions about marriage and divorce vary across cultures. People base their beliefs about marriage and divorce on religious, cultural, or social factors, or on a combination of these. The beliefs usually vary, based upon whether the particular culture displays individualistic or collectivist values. Nowhere do we see more of a melting pot of different cultures than in California, the second (behind Hawaii) most racially diverse state in the U.S. (2011-2015 American Community Survey 5-Year Estimates, 2015). Much of California’s population consists of Asian and Hispanic/Latino groups–two groups that stem from countries traditionally seen as collectivist—and people from these groups tend to display attitudes towards marriage and divorce that differ from our traditionally individualistic attitudes. Thus, it is typical for mediators to encounter clients who may come from a different background than that of the mediator, and it is important that mediators are aware of some of the different attitudes towards marriage and divorce that clients may have, in order to better understand their unique situation and offer more client-friendly solutions. While it is common for people to throw around terms like individualism and collectivism, it is important to define these terms within the context of their respective cultures.

According to Dutch social psychologist Geert Hofstede, individualism is defined as “a society in which the ties between individuals are loose; everyone is expected to look after him/herself and her/his immediate family only” (2001, p. 225). Typically, people in individualistic countries value independence, look after themselves, and have an “I” mindset. Much emphasis is placed on personal achievements, personal goals, and individual rights.  In contrast, Hofstede defines collectivism as “a society in which people from birth onwards are integrated into strong, cohesive in-groups, which, throughout people’s lifetimes continue to protect them in exchange for unquestioning loyalty” (2001, p. 225). People in collectivist societies tend to value interdependence, look after their in-group, and have a “we” mindset. They tend to place more value on community, society, and coexistence with others. Hofstede then had to determine how to apply these definitions to various countries in the world. 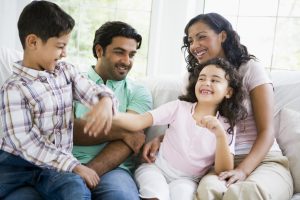 There has been much research conducted on attitudes towards marriage, but not so much on attitudes towards divorce.  One study, done by Toth and Kemmelmeier (2009), looked at divorce attitudes and found that people in individualistic societies put the self first when it comes to getting married, staying married, and leaving a marriage. On the other hand, people in collectivist societies place more emphasis on family unity and self-sacrifice, and they will often stay in marriages, even if it negatively affects their level of self-satisfaction (Toth & Kemmelmeier, 2009). Based on Hofstede’s criteria for individualistic and collectivist countries, this is what you would expect, but there are some limitations to this study. Most of their sample came from countries in the Western Hemisphere, so they did not look at countries in South America, continental Asia, or Africa, which might show different results. Also, their study only looked at societal reasons, rather than cultural or religious reasons for divorce. While this is a good study to get a general idea of perceptions towards divorce, there has not been much research done on perceptions of divorce on a cross-cultural level. 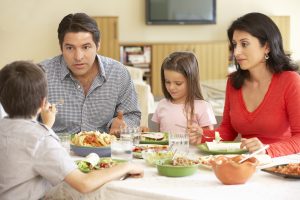 In attempts to get a sample of attitudes towards marriage and divorce across a wide range of cultural contexts, three people from representative cultures across Hofstede’s scale were interviewed. One subject, Laura, came from the U.S., the most individualistic country in the world. She has lived in the U.S. her entire life and has never been married. Another subject, Raj, came from India, a country ranked in the middle of the pack, but still considered collectivist (Hofstede, 2001, p. 217). He was born and raised in India before coming to the U.S. in 1986 and has been through a divorce. Lastly, Gloria came from Guatemala, the most collectivist country in the world, where she has lived her entire life. Gloria has also never been married.

Laura, who represents the U.S., believes the choice to get married or to divorce is an individual choice. Family support is important, but ultimately, individuals are responsible for whatever actions they choose to do. Laura believes that the stigmatization associated with divorce is only temporary, because a person can identify with other people in the community who have gone through similar circumstances, and people are able to move on quickly.

Raj, who represents India (Punjab), says the family feels it is their right to be involved in the decision as to whom a family member weds. As for divorce, families are strongly against it, because they believe it brings shame upon the family. Physical abuse would be one reason for divorce, but, in the Punjabi culture, emotional abuse or adultery are not necessarily good reasons. Here we see a stark contrast to what Laura said, because, in the Indian culture, much emphasis is placed on keeping the honor of the family name over one’s own needs. This goes back to Toth & Kemmelmeier’s (2009) study that noted self-sacrifice as a reason for marriages staying together in collective countries; this is what Raj emphasized when he said that individuals should work through it, or live with it.

Gloria, who represents Guatemala, says that the decision to marry is a personal one, but the family opinion has a great impact on the marriage because you first seek family approval for who is going to be your spouse. While Guatemalans are acquainted with divorce, it often comes at a great personal cost and group cost, and it is viewed only as the last option.

From these three interviews, it is clear that marriage and divorce are seen as common, acceptable, and almost normal in the individualistic countries, but divorce is viewed in the opposite way in collectivist countries. The decisions surrounding marriage and divorce also vary, depending on the degree to which the country is individualistic or collectivist; it is either more of an individual choice, as we saw in America, or more of a group choice, as we saw in India and Guatemala. Culture also influences these decisions in all three countries. 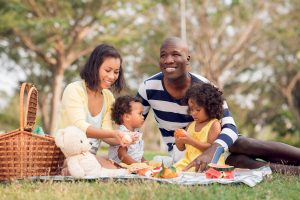 Based on the characteristics of people from individualistic backgrounds, we can expect that most mediators will follow a textbook model of how to work with a client; the facts are presented, options are discussed, and a decision, hopefully, is reached. However, clients of collectivist backgrounds do not usually operate by this straightforward model, as they take more time establishing rapport with the mediator. Malcolm Sher, a mediator based in the San Francisco Bay Area, wrote: “Among “collectivists,” … time is initially spent establishing a basis of trust in the mediator and each other, upon which to build negotiations. Having tea or a light meal with an adversary is often customary, shows courtesy and helps build trust” (Sher, 2015). Sher expands on how he has adapted his practice to cultural expectations, such as bowing back in response to clients greeting him with a bow and providing food that meets the dietary restrictions of certain cultures.

Cultural differences appear not only in the beginning of a session but also during the fact-finding and resolution stages, as well. For example, people may refrain from disclosing forms of abuse, because they do not consider it to be domestic violence, and their culture calls for couples to stay together or else face ostracism from the community, echoing a similar sentiment shared by Raj regarding Punjabi culture. Another example comes from language barriers, as legal jargon can be confusing and intimidating for people whose first language is not English. It is important for mediators to be aware that not all people share similar attitudes towards and within the divorce process, and to be knowledgeable about different cultures, in order to reduce unintentional bias and difficulties in communicating between the mediator and client so that the client can receive the best help possible. Mediators cannot expect our traditional individualistic approach to work with every client. Sometimes, they might need to think outside the box in order to establish a connection with clients from different cultural backgrounds and to prevent the client from becoming alienated. 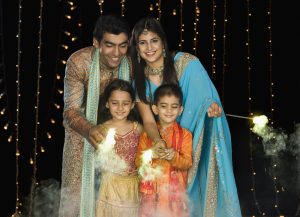 There appears to be no research that has looked specifically at how divorce mediators can become culturally-sensitive. Research has looked more generally at clinicians’ ability to be more culturally aware. For instance, one study of a clinical training program, looking at the attitudes of clinical psychology graduate students towards Asian-American clients found that these students had to abandon their previous. assumptions and generalizations of Asian people (submissiveness, model minority) and look at each case holistically (Suyemoto, Liem, Kuhn, Mongillo, & Tauriac, 2007). The graduate students had to look at factors other than perceived cultural heritage of the clients, such as family background, social factors, and personal history. This study showed that professionals sometimes need to be more aware of their assumptions and biases about groups of people and to treat each individual as a unique client. Also, the study showed that education about cultural sensitivity for students in clinical or counseling psychology should start during graduate school, in order to hone their skills in working with diverse populations and effectively meet the demands of an increasingly diverse population, so as not to alienate them.

Another way mediators can be culturally sensitive is by borrowing the ideas of Wen-Shing Tseng and Jon Streltzer, professors at the University of Hawaii School of Medicine. In their book, Cultural Competence in Clinical Psychiatry, Tseng and Streltzer introduce an approach designed to help mental health professionals be more sensitive to cultural differences. Their approach consists of three elements: cultural sensitivity (being aware of human diversity), cultural knowledge (having factual knowledge of cultural norms and values), and cultural empathy (connecting with the individual’s cultural perspective) (Tseng & Streltzer, pp. 3-5, 2004). While this model was created for psychotherapists, by having these qualities (of being sensible, knowledgeable, and empathic) mediators, as well, can more effectively manage cultural issues that arise in family mediation.

Becoming a culturally-sensitive mediator is a process that continues throughout one’s professional career. By educating oneself about different cultural traditions and practices, mediators can be better equipped to handle cultural issues that may come up. Such learning can include reading about marriage and divorce in different cultures and religions, spending time in countries that are not traditionally individualistic, in order to see different cultures firsthand, or having an interpreter to make sure that clients with language difficulties can better understand the legal side of divorce. Mediators should recognize when biases or assumptions come up and should remember to see the client as a unique person, rather than just viewing them as representing a generalized, stereotyped group of people.

Mukul Khandelwal is a graduate of Merrill College at the University of California, Santa Cruz, where he earned a B.A. in Psychology. In the future, he hopes to attend graduate school and ultimately become a clinical psychologist, working with under-represented populations, through research and practice.