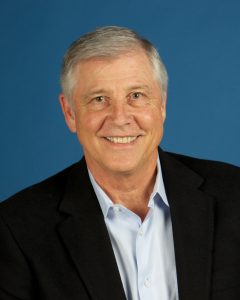 In past columns for AFM and ACR, I have written two columns with the title, “Beginnings and Endings.”  The first column was substantive, and the second, ceremonial, acknowledging the final column in the series. Now, it seems altogether appropriate to inaugurate the new APFM Newsletter with a first column that embraces both the ceremonial and substantive aspects of that dyad. The ceremonial aspect salutes the launch of our new professional organization which has already begun rekindling the energy that so characterized the family mediation community of the last three decades.  At the same time, as one who makes his living mediating family matters, I am inexorably drawn to—and in constant search of—the theories and practices that will lead to the greatest client success as a process design for consensual dispute resolution.  And even at the risk of hearing some distant voices singing the refrain of Dan Hicks melancholic hit “How Can I Miss You If You Won’t Go Away”, I embrace the opportunity of reprising The Creative Solution.

The first question that Bernie Mayer posed so succinctly in the pre-conference institute named “Beginnings and Endings” that he and I presented in San Francisco in 1998 was “What are the critical characteristics of the beginning of the process that inform the outcome at the end?  As a practitioner of the art, I find myself forever in pursuit of the perfect process for mediation.  As a trainer, I have had to become even more of a student of the art.  Once I was exposed to Don Saposnek’s Aikido metaphor as a description of the movements of a mediator, I have been in pursuit of the perfection that would, by inference, come with achieving black belt status.  I find a parallel in my daughter’s last 11 years of preparation for a career in ballet.  Her art form requires an unrelenting pursuit of perfection while accepting the reality that, like the mirage of an oasis in the desert, it is always just beyond one’s reach.  With those humbling thoughts in mind, this column is dedicated to remaining obsessively curious and relentlessly inquisitive about what our clients need and how the skills we bring to bear and the process frameworks we design can better serve them.  It is committed, as well, to the kind of mindfulness necessary to seize the opportunities for discovery that unfold before us every day in our work.

At the beginning of a mediation, there are numerous critical factors to identify.  Emotion and capacity are two obvious factors, and each is worthy of its own columns.  Of equal importance, in my opinion, is the need to identify another imperative characteristic, which is the establishment of shared goals.  More often than not, clients come into the process acutely measuring their differences while comforting themselves with their own solipsistic perspectives.  In so doing, they have lost sight of their most important goals and have become blinded to the fact that these are goals that they share with one another.  Identifying these goals and establishing the fact that they both share them can become a foundation for all the work that will follow.  The goals can be identified by strategic questions.  In recognition of the patience each client may or may not have for “process” development, the questions may well be framed in a style that would be considered quite directive. I label these specific inquiries “macro questions” because they go to the biggest and most important concerns that the clients have. They are the meta-categories of their concerns under which most of their outcome-specific (or micro) concerns can be catalogued.  I also describe them as “big, round river rock” questions, because the goal of this strategic intervention is to frame questions to which each client will give an affirmative answer, and, therefore, the questions must be as smooth and free from rough edges as a granite rock that rests in the bottom of a mountain river.

Asking such questions can seem manipulative, however, there are no tricks to the questions and there is no objective other than the discovery of goals that the parties share in the broadest and most open sense.  For example, the mediator may ask:  “Would you like to go through this process in a manner that is as beneficial to your children as possible?”  In thirty-two years of mediating, I have had only one client answer that question in the negative, and in that case, the answer revealed very important and unexpected information.  In 99.9% of the cases over those three decades, however, the answer from each of the clients has been an unconditional “Yes.”  Although it may be a self-fulfilling observation, I do believe that in the aftermath of asking these “macro questions”, I have seen the clients start to relax and begin to release some of the tension that they carried with them into the session. The simple fact of their nodding affirmatively in unison regarding such an important value that each was aware of having individually and now are experiencing together in concert changes their experience of what is happening, as the process begins to unfold for them.

This first macro-question can immediately be followed up with another strategic question:  “Will you give me permission to tell you when you are moving away from that goal?”  Not only has the consistent response to this second question been an unconditional “Yes”, the clients frequently reinforce the idea with comments like, “By all means”, or “Absolutely, I would want you to”.  There are some very important dynamics taking place in this very simple sort of interchange.  First, the clients are being reminded of a most important goal that they share, and they are being reminded at a time when they are more preoccupied with their differences.  Second, implicit in the question the mediator asks and the answer that each client gives is the notion that each of them bears responsibility to work with the other in a manner that is consistent with that most important goal to which they have just expressly committed themselves.  Third, the role of the mediator is being described as a supporter of their efforts to achieve success, while reminding them that each client is responsible for that success.  It is fundamental to the eventual success of the process that these responsibilities are made clear at the very outset of the process.

I have applied these types of shared macro goal questions to three basic categories of issues on which the process will be focused:  1) The topic of children, when there are children of the marriage, including grown children when parenting is no longer an issue;  2) The topic of “finances” in the most general sense; macro questions regarding “finances” can be asked and are effective regardless of whether the parties are on the threshold of bankruptcy or have a multi-million dollar estate. A sample question for this category might be: “Would it be a goal of yours to resolve the financial issues of your marriage in a manner that maximized the outcome and benefit you achieved?”  Clients may very well assume that this means getting more than the other person—a flawed strategy of the zero-sum game that is litigation.  They may be surprised to hear the mediator say that the only way for either of them to achieve maximization of their financial outcome is, if both parties succeed in that result.  I first heard Jim Melamed framing an outcome goal with the term “maximization” when we co-presented a course at the Strauss Institute at Pepperdine Law School a number of years ago, and it fit so perfectly to the strategies I was employing in my practice that I embraced the term and have used it ever since;  3) The “process” itself.  A sample process macro goal question might be:  “Would it be a goal of yours to go through this divorce process in a manner in which you felt safe and were assured that your interests were protected all the way to a signed agreement and subsequent judgment?”  While I sometimes get quizzical looks from husbands to this question, the vast majority of clients do not hesitate to give an affirmative response.

Safety can then be elucidated in macro forms—a commitment to full disclosure and a commitment to engage with one another respectfully—and also in microforms—refraining from interrupting one another, and avoiding critical characterizations of one another during the work being done in the sessions.  Re-affirming the permissions that the clients give the mediator to remind them when they begin deviating from these objectives allow the mediator to create a compact with the clients based on their commitment to constructive and strategic behavior aimed at fulfilling their own expressed self-interests.  In the context of negotiating collaboratively in mediation, clients need to be reminded that the other side of the coin of “self-interest” is “mutuality”.  It is a Newtonian Law of relationship negotiation that neither party will successfully maximize his or her own self-interest unless their negotiating partner does so as well.  Successful beginnings depend on successful strategies.

Chip Rose, J.D, has a private mediation practice in Santa Cruz, CA and provides mediation training throughout the United States. He is a Founding Board Member of the Academy of Professional Family Mediators.

“This article was originally published in The Professional Family Mediator, Summer 2012.”