At the risk of being pushed over the edge by other professions, I think this issue, of writing up divorce agreements, is one that family mediators should confront head-on. I received four responses from readers, so I will give you some of their thoughts and then share my own. There were four questions to which each person responded:

“I believe a mediator can ethically draft the divorce agreement. In fact I secured Ethics Opinion 736 from the NYS Bar Association Committee on Professional Standards that specifically addressed this issue.”

“I also believe the mediator should draft those documents since he/she has the information needed to do so and can do so in a neutral fashion.”

“I’m not opposed to a non-lawyer mediator drafting the legal documents as long as he/she can do so competently. Realtors do it all the time with home purchases.”

“If they are competent, they should draft the documents, for the same reasons as above.” 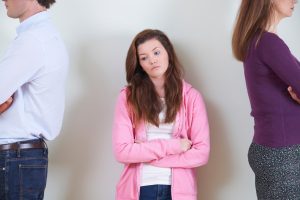 3. CAN a non-lawyer-mediator ethically draft the divorce agreement to be filed with the court?

Taking care to act as the parties’ impartial and careful scrivener, not as a legal advisor, a mediator can ethically write the divorce agreement. The parties can then confer with attorneys before signing it if they wish to do so. If they sign it, they can file it in court along with their complaint or petition for divorce.

4. SHOULD a non-lawyer-mediator draft the divorce agreement, as a best practice?

Yes, in some cases. Consider what we heard at our inaugural conference last September. In many jurisdictions, a huge percentage of people who are divorcing do it without an attorney. If they work with a trained, certified family mediator, at least they have a competent professional helping them do things well. They are likely to do better planning and likely to develop a better divorce agreement than they would write in the absence of professional support.

Circumstances permitting, the very best practice for many people would be at least to get some advice from attorneys. For those with limited financial resources, which is a large percentage of the population, having a mediator who is not a lawyer draft the divorce agreement would still be best, because the negotiation process and the drafting and re-drafting will be handled professionally, competently, and affordably. Paying an attorney to advise you is simply less expensive than paying an attorney to represent you. The combination of paying an attorney for advice and paying a mediator to draft your agreement may be best for many people who are divorcing. 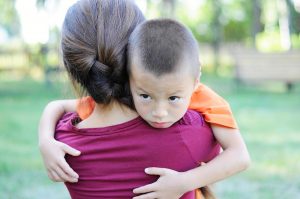 I have been mediating since 2007. I have mediated over 190 cases within several arenas. The majority of my cases are divorce. In response to the question on mediators drafting agreements, I found in practice that we assist the clients in drafting the agreement as a form of dictation with revisions. All of the agreements are drafted with the clients present in the room. Two things unfold: One, they continue to engage in a collaborative and constructive environment when creating a document that they themselves have made resolute; two, it is written and revised in language that both parties can comprehend and execute. We are merely a vessel through which their decisions come to fruition with concrete directives. This process may be more time intensive than having the parties sign a binding contract drafted by impartial parties expressing their wishes. However, I find this process more instructive and binding within the true intentions of both parties.

Kate Cullen, a professional mediator and university teacher and trainer in Maryland, where these issues are being discussed in the judicial and legislative systems, answered:

“Yes.  I do this all the time both in my private practice and as an in-house court mediator in Maryland.  The MOUs are divided into 2 – one as a parenting plan and one as a financial and property MOU.  If the participants wish, they can have their own attorneys review the MOUs or they can use a neutral attorney. Most, however, do not use attorneys.  They can also have a financial “advisor” come into the mediation to assist them if they wish, although this is very small percentage of clients. Many will seek their own financial advisors and bring the information into the mediation process.”

“Yes. I do not like the term lawyer-mediators they are either acting as mediators or lawyers. People do not say social work-mediators or psychologist-mediators or CPA-mediators, etc. We are mediators when serving in that role for participants.  We cannot move forward and be recognized as a profession until we drop this perception/attitude.  To continue to use this term keeps us as a legal “profession” which we are not.”

Professions are changing rapidly these days. New professions with training and certification are establishing themselves where others used to have total dominance. I came up in the clinical social work field and I know that there was a time when only doctors could testify in court and only doctors had a doctor-patient confidentiality privilege. Then psychologists came along and became recognized with some of the same skills, from a different perspective. They were the testing experts and couldn’t prescribe medications. The ethical edges were established.

Then along came clinical social workers and licensing, and professional counselors and marriage and family counselors. In addictions treatment, there are now recovery counselors, with their own standards for certification. These were turf battles to be sure, but each profession is well-established now.

In the legal field there are paralegals with standards and training, although mostly not state certification or strict requirements. They almost all work under a lawyer, which protects them – but some work on their own. Now the turf battles over “unlicensed practice of law” are occurring again in some states. At the same time, law schools today are in a panic over a sudden drop in applicants and a wide-spread belief that lawyers may have priced themselves out of service to most individuals that need them. The relevancy of legal training is also a concern, with a growing emphasis on offering more clinics and hands on training. There is discussion of shortening law school to 2 years, moving up the bar exam and having more specific skills to apply right away – especially in areas currently underserved.

In this context, having mediators write divorce agreements may fit into the trends. The ethical edge may not be as sharp as it used to be. The fear of tackling this issue in the past was the unlicensed practice of law. But with clients abandoning lawyers (many states have one or both parties unrepresented in 75% or more of cases), and the judiciary and legislatures showing more concern about unrepresented parties, this subject may be becoming ripe. Perhaps an opportunity for APFM to lead the way!

Bill Eddy’s thoughts, after over 30 years as a mediator, overlapping with 12 years as a therapist and 20 years as a family law attorney (a Certified Family Law Specialist in California):

Bill Eddy, L.C.S.W., J.D., has been mediating family disputes since 1979. He is a therapist, a lawyer and the Senior Family Mediator at the National Conflict Resolution Center in San Diego, and he is a Founding Board Member of the Academy of Professional Family Mediators. As President of the High Conflict Institute, he provides training in managing and mediating high conflict disputes. He is the author of several books, including High Conflict People in Legal Disputes. His website is: www.HighConflictInstitute.com.

This article was originally published in The Professional Family Mediator, Spring, 2013.