It’s Not Just the Romance that Makes a Marriage Special

May 2, 2017 | Articles for the Public, Marriage Mediation

Romance is what kickstarts most marriages.  It’s the flash of lightning that makes both people think, “This is the real deal!”  But romance is far from being everything in marriages that grow and thrive, and it’s certainly not the only thing, as couples discover the challenges of everyday living.

“Romance” is fresh, vibrant intimacy, and it’s more than just the sex.  It’s the sharing of ideas and interests.  It’s having fun together and enjoying each other’s company.  It’s waking up together and saying in unison, “This is how we want to spend the rest of our lives.”  In everyday lingo, it’s being in love. 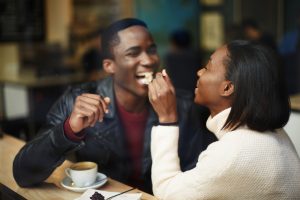 Yet, it’s usually not very long after the wedding that romance meets the mundane world, with all of its everyday routines.  The married couple is now a family, and that entails certain responsibilities.  Some of these are financial, and others involve personal effort.  Marriages work best when the couple can work out a fair and balanced division of who does what.  Each person has to be counted on to do his or her part (with some important tasks done together).

In a way, a marriage is like a business.  It’s a financial and property unit.  It earns and spends.  It accumulates property.  It develops a set of rules, which are often not written or spoken.  It has fixed tasks, like raising children to become mature and sensible adults.  State law determines what happens if it dissolves.

A couple soon starts to realize that its world is often subject to change.  Some of the changes are external and beyond their control, ranging from medical problems to the state of the economy.  Other changes are more internal and personal.  Children come along.  Career problems arise.  Each of us undergoes a variety of externally-imposed and internally-generated changes in our path through life.  Adapting to these changes is often a major challenge.  For example, an employment relocation may create problems, as well as opportunities. 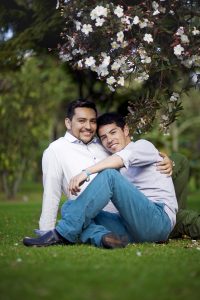 Marital communication gets tested from the very outset.  Most people think of communication in their marriage as sharing and listening.  This is, indeed, vital communication.  However, another kind of communication is even more important to the success or failure of a marriage, namely negotiation.  Most couples fail to realize how much of their daily communication is actually the act of negotiating.  Negotiating is how marital decisions are made, and it’s easy for it to malfunction.  When a couple can’t negotiate with each other in a balanced and effective way, things get out of sync.  Responsibilities are not properly and fairly divided, and, because of that, it’s difficult for the partners to adjust to the changes and challenges that their marriage will face.

Negotiation is pervasive in every marriage.  It ranges from deciding what movie to go to on the weekend, to deciding that one party is to become a stay-at-home parent.  Not all marital negotiations are verbal.  For example, consider how a decision to have or not have sex at a particular time may actually get made.  Or, at times, one spouse may just do something without any discussion, such as spending lots of money on a whim for something the family can’t use.  It’s just not that difficult for marital negotiating to become dysfunctional.

Negotiating can get out of balance when one or both spouses vie for control.  Marriages can become competitive, and it’s not unusual for one partner to opt out of the competition.  This is done either by avoiding those discussions or by just giving in.  Conflict in marriages is a fact of life.  It’s how the spouses manage conflict that really counts.  In good marriages, the couple can resolve differences just by talking things out.  Sometimes, this is done by compromising, and at times even by mutually beneficial collaboration.

There’s a line in some traditional wedding ceremonies which proclaims that the couple has now become one person.  That is sheer nonsense.  A marriage consists of two distinct individuals.  When a couple becomes so enmeshed that they don’t have emotional boundaries, as where one spouse seeks to think for, speak for, and even control the other, the odds increase that there will be a future blowup, where love turns to hate.  That’s why each partner must be accountable, and that is why it’s so important that each of them have a mature sense of self-esteem. 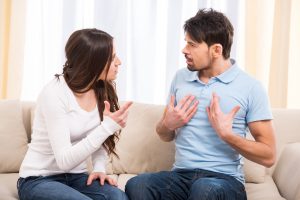 Lack of self-esteem can be a contagious malady in marriages.  Conversely, self-actualized persons are responsible for themselves and to the other person, and this is reciprocated.  A proper balance of respect for both oneself and one’s spouse creates an atmosphere for effective negotiating.  In a successful marriage, the couple is able to adjust to the various internal and external changes, without losing stability.  They negotiate in a balanced way based upon a regard for the needs and goals of each of them.  It’s nice when they have a general compatibility of interests and values, provided that they allow some scope for individual differences.  If the marriage stays fresh and vibrant, mutual trust, fidelity and commitment are likely to remain and thrive.

Imbalance in a marriage can result from any number of possible situations.  One example is where a stay-at-home parent has no practical plan for the time when the children have reached the age of not needing that level of parenting.  Another is when one spouse manages the family finances without transparency and with little or no input from the other.  Serious problems can arise when one party to a marriage loses control over his or her life due to one of a variety of addictions, ranging from alcohol to gambling to sexual issues.  And, of course, chronic depression and bipolar episodes can place a burden on any marriage, as may serious or chronic physical or mental illness.

It’s easy for romance to get submerged in some of the ever-present aspects of the mundane world.  But that doesn’t have to happen.  Intimacy has a better chance if the couple does a good job of managing those tasks in their marriage that aren’t necessarily in the “romantic” category.  If those challenges are properly met, then intimacy and romance are much more likely to stick around.

Intimacy depends on far more than romantic interludes.  It is nurtured when each person takes his or her fair share of responsibility for the marital tasks, and by making decisions which benefit their marital union.  Responsibility is a virtue, but over-responsibility clearly is not.  Romance is when two people have grown accustomed to each other’s face (and foibles) and share the common humanity of realizing that doing one’s best doesn’t mean having to be perfect.  Learning how to negotiate effectively with a marital partner works best when we also remember that the other side of communicating is the sharing and listening part.

____________ Larry Gaughan has been a professional family mediator since 1980 and is a Founding Member of APFM. He is also a member of the Professional Mediation Board of Standards. Larry was admitted to practice law in Montana in 1957 and in Virginia in 1967. He was a tenured full professor in the Law Schools of Washington & Lee University and George Mason University. In September 2017 Larry received the Distinguished Mediator of the Year award from the Virginia Mediation Network at its annual conference in Richmond.