Mediation Within Couples and Family Therapy 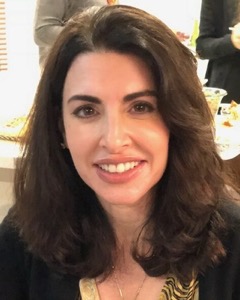 After seventeen years of providing therapy in private practice, I became a mediator. From my mediation instructor’s first sentence and throughout the training, there was an unquestionable link between the core philosophy and structure of mediation and the clinical family systems approach of facilitating couples and family therapy sessions. The ingredients comprised of mediation, namely, point-of-view resulting in spoken awareness of each side of the argument and the creation of a fair compromise mirror much of the key components in couples and family therapy. Seeing the other side, making allowances through the lens of empathy changes the goalpost of each individual participant in session. Mediators and therapists have seen their clients’ goals evolve towards mutual understanding and move away from the prism and prison of payback, revenge, and justified punishment.

It was easy to see mediation applicable to counseling sessions with two or more clients. It seemed logical that the scope of mediation was only applicable for counseling with more than one client. How could mediation work in individual sessions where one client was emotionally engaged in conflict with others who may not even have the ability to attend future sessions? Empty chair technique? Have the client talk to a doll or visualize the other person? Well, short answer, yes – but this answer is just partial.

The philosophical tenet of mediation – understanding each person’s POV, forward/future thinking and the benefits of moving past the conflict, are integral parts of effective individual therapy. Compromise may or may not be appropriate and would vary based on the unique circumstances of the client. Future thinking is a tricky subject in terms of therapy. Take forgiveness, as an example. People sometimes see forgiveness as an end goal, but first you have to blame someone and assess the full damages he or she has caused in order to assess what you’re forgiving the person for. Therapy can be past oriented with the task of damage assessment, but even so, the point of doing this psychological digging is to then heal, by making sense of what took place and then moving forward. We have three prongs in therapy: first, the psychological work of delving into the mud and muck of the past; second, the analytical cognitive driven work of determining the why of past events; and third, identifying the advantages of moving forward, beyond resentment and free from preoccupation. Mediation targets the second and third aspects, but relies on the first aspect to set up the platform for the other two.

It is possible to assess another’s POV without that person being present. Therapy time is often geared to uncovering the motives of those who have affected us. The risk is an unfortunate by-product of the client feeling immersed in the past tragedy. Future possibilities can become forever inaccessible. The reasons for another’s damaging acts are deemed irrelevant. In sum, the pain is relived without any understanding of why or deeper meaning to connect to the pain and the future is an unattainable taunting menace.

The Mechanics of Mediation are Less Structured in Individual Sessions

Conflict and compromise are key components of mediation—and therapy. Even when the individual with whom your client has conflict is deceased or otherwise unable to be a present participant, a compromise between the two parties is a real and possible pathway to your client’s psychological victory. I’ll highlight this using Mark’s* case.

As soon as I greeted Mark in the waiting room, he started telling me about how his father was mentally ill since before Mark was born. Mark continued as he sat down on the obligatory therapy couch, delving into how his father would refuse to bathe on days when anyone in the house wanted to have company over. Family legend has it that his father was broken after returning home from service after World War II. Next, Mark described his mother, who worked full-time, and then handled all household chores for Mark and his younger brother. Mark was charged with babysitting his father whenever needed, even if it meant missing school or basketball practice.
With clenched fists and clenched jaw, Mark choked back tears, saying his wife gave birth to twin boys, just shy of one year ago. Instead of feeling joy from fatherhood, Mark said that all he felt was resentment, which escalated whenever the babies cried or financial statements related to them surfaced. More probing during the following sessions resulted in Mark having a safe place to vent and getting some of his anger out of his system. But, in addition, information was gleaned. Good solid information was brought out in the open, and this information provided enough continuity to bridge the gap between Mark’s resentment towards his baby boys and his own boyhood role of caretaker from his formative years.

Probably not saving you from suspense here – family mediation with Mark’s family of origin did not take place—not technically. Though his parents never stepped inside my office, their circumstances, phenomenology, and the essence of their struggles did. After much work, Mark was able to state their cases with a level of empathy that went beyond what I anticipated. Purging his resentment towards his family, and bargaining with them in a hypothetical sense, gave meaning to his anger, meaning to his family’s flaws, and meaning to his decision to “cut my losses and stop trying to collect.”

There was still work to do regarding Mark’s frustrations with how his brother grew up “unscathed” by their father’s illness, but Mark was able to reframe what he saw as lack of sibling equality into wanting acknowledgment from his brother in the present. Future sessions began with Mark creating a concept of what his brother’s point of view could possibly be.
———————-
Pamela Garber, LMHC is a therapist in private practice in NYC.  Pamela has been published in trade magazines and has been a guest on radio talk shows.
—