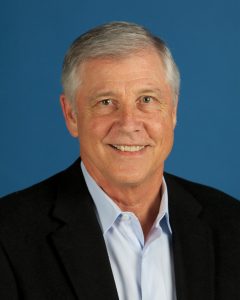 As I write this, we are all basking in the glow of the success of our Founding Conference on Cape Cod.  On a number of past occasions, I have written in this column about the beginning of the process and how it informs as to the end.  Those discourses have, for the most part, focused on the critical elements that need to be put in place at the beginning of the mediation process in order to achieve the client objectives at the end of the process.  There is a necessary precondition to that first session that deserves some attention, and that is the initial consultation.  The real beginning, if you will.

Three decades ago, when I first heard about this process called mediation, I embraced it intuitively, not having a clue as to how one was supposed to do it.  In 1980, there was no internet, and no news west of the Rockies that Steve Erickson, O.J. Coogler, and others, were creating training models in Atlanta.  The message to me was that mediation conveyed a way to help clients through their very painful divorces with a simple goal of adding no further damage to what they were already going through.  After spending the better part of a month designing what I was going to do, I decided to structure my workday.  I decided that I wanted to have specifically designed mediation modules, and I decided, in a burst of optimism, that I would work in hour-and-a-half increments so that I could have two mediation sessions in the a.m. and two in the p.m.  That left me a half-hour in the morning and another in the afternoon during which I could see clients for an initial consultation.  Thirty-two years later, I am still working in that same appointment structure, since I never found reason to modify it.   So, the challenge for me was to maximize my use of that 30 minutes which was dedicated to consulting with new clients, and to figure out how to “sell” this process within the constraints of that narrow window of time.

I am ever so grateful that there are no recordings of those early consultations.  I shudder to think of how I used the time.  What I do know is that clients were attracted to what they heard, and slowly but surely I was able to build a practice that has sustained me all these years.  However, it was not until the early 90s, when our inimitable editor of this publication, Don Saposnek, asked me to do a workshop with him in which I acquired a “mindfulness” of what I was regularly doing in my everyday practice.  Becoming conscious and aware of what I was doing as a mediator, in order to teach those experiences to others, was the second profound change in my professional life.  With a higher consciousness about the importance of the initial consultation, in conjunction with the fact that I had designed the workday to only allow 30 minutes for that exchange, I created a kind of haiku approach to that task.  The challenge was to make every word and every response I gave the clients in response to their questions and their needs as targeted and strategic as I could make them.  The success of the consultation was directly measured by the number of clients who then made appointments for their first mediation session. 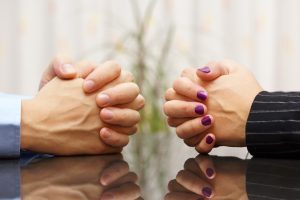 If you assume that you had only thirty minutes in which to interact with new clients, how would you optimize that opportunity, so that the clients would choose to engage your services as a mediator to deal with their circumstances?  What would be your strategy?  How would the design of your process interface their concerns and needs?  What would be the critical components of that design that would address the behavior of the parties, and what components would address the specific issues that need to be resolved?  Obviously, this is not a chicken-and-egg proposition.  The prerequisite to an effective consultation is the development of an effective process structure.  Viewed in this way, the consultation becomes a litmus test for the quality of the process as a whole.  Given the debilitating role that emotions can play in subverting the best of process designs, the part of a process framework that addresses behavior needs to be front and center in the consultation.  In order for the clients to embrace the prescriptions of that framework, they need to see that their most important outcome objectives will be directly affected by adhering to the framework and its guidelines for effective behavior.

In the same context, the clients need to feel the connection between the framework for addressing specific outcome concerns (e.g. parenting arrangements, support, and property division) and the fears they have attached to these topics.  The process design needs to have a direct and specific response to these fears, and a consultation needs to be able to describe that design in a concise and meaningful way that allows the clients to move beyond their fears, even if only on an intellectual level.

Although the frameworks for guiding behavior and addressing the specific issues are the two most important, a thorough process design also needs to have frameworks for negotiation and agreements.  The key to striking a balance in the consultation between the clients’ perceived needs and their real needs, is something which this column has addressed before, and that is the difference between the micro view, such as wanting an answer to how much support will be required, and the macro view, such as reaching a settlement which maximizes the financial benefit to each of the parties.

A good consultation requires a good process structure.  Having a limited amount of time in which to describe that process while insuring that it will resonate with the fears and concerns of the clients is good test of how thorough, strategic, and effective one’s process structure is or, inversely, how much further one has to go to have designed such a process.

Chip Rose, J.D, has a private mediation practice in Santa Cruz, CA, and is currently providing training throughout the United States and Canada on the emerging practice of Collaborative Family Law. He is a Founding Board Member of the Academy of Professional Family Mediators.