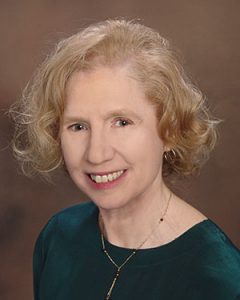 Once, I worked with a mom from eastern Europe and a dad from South America. The dad was on a path toward U.S. citizenship. The mom came to the U.S. as a nanny on a work visa. After she had a baby, who later got sick and needed to go to a hospital, she was unable to serve as nanny for other children. Losing her job meant losing her visa. She was going to have to return to Europe. Both parents loved their baby. Neither was wealthy. What would they do about custody and visitation?

If they let a judge decide, it seems fairly likely that the most the dad would get would be joint legal custody, plus visitation, when possible; however, visitation would seldom be possible. The dad was not free to leave the U.S. at his stage of progress toward citizenship. The mom had no savings. 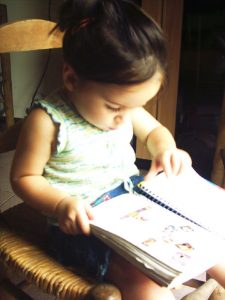 In mediation, these parents were amazing. Despite the pain of their separation, and despite numerous misunderstandings and frightening arguments, they made a plan that protected the child, gave the father extensive visitation time until the mother left the U.S., protected the father’s right to have more time with the child as the years passed, handled transportation for visits realistically, provided for the child having access to health coverage in the mother’s home country, arranged for visits through Skype calls for the absent parent at least once a week, planned for the mother to bring the child to the U.S. to visit the dad at least once a year if the dad could pay for the plane tickets, planned for the dad to pick the child up in Europe for a traveling visit at least once a year, if affordable, and increased the length of the visits with dad, as the child got older. Moreover, the parents set the father’s child support obligation low enough to make saving for travel possible. In her own country, where she would have help from her family, the mother thought that modest child support would be sufficient.

In addition, the parents agreed in writing to reevaluate their custody and visitation plan if the mother became able to return to live in the U.S., and they agreed to reevaluate it, regardless of circumstances, when the child reached age 5. They also agreed that the father’s time with the child would never decrease, unless planned visits were to interfere with school attendance, and that the mother’s right to have the child with her for approximately half of each summer vacation would never decrease. The father agreed in writing to sign all documents necessary for the child to have dual citizenship in the U.S. and in the mother’s country so that the child would be eligible for free healthcare provided by the government for all citizens in her country.

The Mediated Parenting Agreement that these parents made for the benefit of their child was much more detailed and better for the child than the “liberal, flexible visitation” that a judge would be likely to order after a 20-minute court hearing.

When we started mediation, there were fears about one parent taking the child away from the other. When we finished, there was a workable plan to assure that the child would have a strong relationship with each parent, even though the parents would probably live on different continents for a couple of years. A judge would not have given the five or six hours this couple needed for developing this plan.

This is just one example of a creative and complex agreement emerging from family mediation. It happens every day.

This article was originally published here.

Formerly a research psychologist, Virginia L. Colin, Ph.D. has been providing family mediation services since 1999. She has written two books: Human Attachment (1996) and, with Rebecca Martin, The Guide to Low-Cost Divorce in Virginia (2014).  She is the Director of Colin Family Mediation Group.