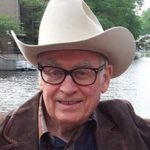 At my age of 84 and having been a lawyer for 60 of those years, I can look back on many dramatic changes in family law. Especially in the past 40 years or so, American divorce law has gone through four major revolutions — substantive, procedural, process and technological. The fifth wave, the consumer revolution, is now on the move but hasn’t yet reached its crescendo. It will, and we need to be ready when it comes. The goal of this article is to encourage all family law practitioners, who haven’t already done so, to bring their drafting of divorce agreements into the 21st century.

For many of my colleagues, the notion of readable legal-drafting has long since caught on. I have learned many useful things over the years from reading agreements drafted by other family law practitioners, and from edits offered by them and by my clients. The movement among lawyers to draft in clear, simple and direct prose is by no means new. I was lucky enough to become a part of that movement before I graduated from law school. But sadly, even some of the otherwise best and most professional family law firms that I know still have some archaic and constipated form files.

My law professors tried hard to teach me bad drafting. Fortunately, I was taking Air Force ROTC while I was in law school in the mid-1950s, and it was my TAC officer who taught me clear, concise drafting. He would hand back something I had turned in, saying, “Gaughan, you write like a goddamn lawyer. Do it over.” When I was an Air Force judge advocate, the officers I worked for constantly reminded me that everything I wrote had to be clear and concise.

We’re not in the 17th century anymore, Toto.

How often do we still see an agreement that starts with “Witnesseth”? Recitals are by rote, starting each run-on paragraph with “Whereas”, and ending it with a semicolon. Lots of unnecessary stuff. The need for provisions averring “no connivance” and “no condonation” went out with the advent of no-fault. Why waive “dower” and “curtesy” since they were abolished many years ago? How does it add to the credibility of lawyers that we still use archaic terms such as “herein” and “aforesaid?” The most awful is “hereintobefore.”

Why call the parties “the Husband” and “the Wife” when they won’t be that for most of the future life of the agreement? (“Husband and Wife” sound awkward, when those terms come up in a post-divorce discussion, but “John and Mary” will still be John and Mary.) As for “the minor children” – kids also have actual names. And why have a long title for the agreement when “Marital Settlement” says it all? Remember that you will be copying the title into other documents.

Everyone can read Arabic numerals.

There is no inherent rule that requires us to write out the words for a number and then follow it with the Arabic numeral in parenthesis. Numbers are frequently changed, as negotiations go on and documents get edited. So do the Arabic numerals get changed in an edit, but words remain the same, and this practice creates the very problem it was designed to solve. At the very least, it makes editing in new numbers more difficult. So, use only Arabic numerals – and proofread!

The problem is that too many of us still don’t think enough about contemporary drafting. Don’t we realize that most clients these days want to be able to understand what they are signing? Often, they also want to be part of the editing process, and generally, they should be. (An occasional client may feel that an understandable agreement is an inferior product, but that is an inaccurate and uninformed perspective.)

It time to dust off the office models.

We all have busy practices, and few of us are lazy. The problem is our office templates and form files. Check yours for Latin and archaic English, for readability, for conciseness, and for totally unnecessary or outdated provisions. When did your form files last get a critical review? Do you even know who developed them? Good legal drafting, like everything else in family law, is a lifelong learning process. I am never completely satisfied with my own model forms. Are you with yours?

Office templates aren’t the King James Bible, even though they may seem like it!

When I taught civil procedure at Washington & Lee Law School in the 1970s, I would give my first-year students a drafting assignment very early in the course. Every time, I would get back lots of “legal gobbledygook,” and I would ask where it came from. The answer was, of course, some form-book. Then, I would say, “Let me demonstrate now how most lawyers approach form-books.” I would drop to my knees, raise my arms above my head, and then touch the palms of my hands to the floor three times. Their next assignment would be to draft something else in plain English without using a form-book. If the result then turned out to be too plain, we kept working on it until “Clear and Understandable” met and shook hands with “Precise and Accurate.” 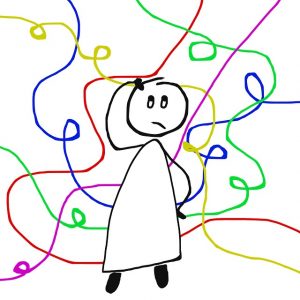 No, we’re not lazy, but it may seem easier to copy from an outdated form-book than to use more natural clear and concise language. How many of us have seen an agreement with three or so pages of hypotheticals about what happens if one party doesn’t cooperate with the agreed sale of the marital home? Consider this alternative: “Once the Reston house has been listed for sale, each party shall cooperate with the listing agent in properly maintaining and showing the property, and in giving good faith consideration to reasonable offers of purchase.” Then, if you think there could be trouble with those standards being carried out, add a simple arbitration clause.

We need to be more concerned about provisions that are becoming increasingly offensive to many of our clients, as society changes. “Custody” most commonly means that someone is a prisoner. We visit animals in zoos, not our own children. These terms also need to be taken completely out of the statutes, and many states have already done this. Let’s instead draft provisions about important parental decisions and the parenting plan (or schedule). Also, why spend pages in agreements lecturing good parents about things they already should know? And, if they don’t know how to be cooperative parents post-divorce, do you really think that lots of verbiage in the agreement will fix that? Maybe a few precise and focused provisions might, but not a barrage of form-book language. If nobody reads it, what good does it do?

I have a concrete suggestion, especially for family law firms with perhaps four or more lawyers. Have a form-file contest in your firm every week or two. Start by taking three or four existing and related boilerplate templates. Ask everybody, including the paralegals, to do a redraft of those provisions. See who can do the best job of consolidating, clarifying and simplifying those provisions, while still retaining the core of what you need them to say. The winner of each round gets a gift certificate to a good restaurant, and maybe a nice pen for the overall winner. Don’t ever again let the office form-book claim an objective validity that it does not by any means deserve. Keep revising it on a regular basis until the whole form-book is fresh and accurate.

It’s time to pull the weeds! 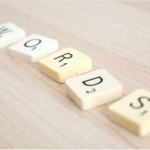 Weed out all the unnecessary, obfuscating, constipated, and outdated provisions. Limit the use of those clauses that may be offensive when used with clients to whom they don’t apply, as, for example, by inserting a bankruptcy clause when the clients are financially responsible. Do these things, even if you think your firm doesn’t really need to “reform” its form-files (pardon my pun). You will learn a lot in the process, and you will be glad you did it. If you are in a smaller firm or solo practice, share your new forms with your friends. And, before you start, go online to see where the term “boilerplate” comes from if you don’t already know.

Let me leave you with a one-paragraph course in drafting modern divorce agreements. Here goes:

Choose a simple title. Use the parties’ and children’s formal first names (or nicknames if they prefer). Stay in the active voice. Banish archaic words. Translate technical terms. Avoid repetition and obtuse language. Keep sentences and paragraphs short. Stay clear of long provisions dealing with hypothetical situations that are unlikely to occur. Use general terms where appropriate. Be specific where you need to. And always, always, try to be clear and concise.

It’s all right to start with a template, form-book or form file, but it’s essential to do three things: (1) translate it into clear and readable English; (2) adapt it to the needs of your situation; and (3) keep in mind the above paragraph. Good luck!

_____________
Larry Gaughan was admitted to practice law in Montana in 1957, and in Virginia in 1967. He was a tenured full professor at Washington & Lee and George Mason Law Schools. As an attorney, he is rated by Martindale-Hubbell, the national rating service for lawyers, as “AV® Preeminent™.” Larry has been a family mediator since 1980 and is a Founding Member of APFM. He is a member of the Professional Mediation Board of Standards.
This article was originally published on the Creative Divorce website.