In the Belly of the Beast: An Insider’s Critique of the Adversarial System of Divorce

Certainly, the idea of state courts managing the breakup of marriages wasn’t created because somebody set out to design a humane, cost-effective system.  Indeed, requiring divorces to be granted by the antique, inefficient courts that we inherited from the British in colonial days was intended to make divorcing as inconvenient and expensive as possible.  The history of American matrimonial law is full of absurdities, such as the common law doctrine of recrimination.  That was the principle that, if both parties were guilty of adultery, neither of them could get a divorce. In 21st century America, divorce law practice is big business, and that also works to keep in place a system that often promotes bad social policy.  Although I have been a family mediator for 36 years, I have also maintained an adversarial practice during most of the same period.  I never mixed cases, so I was either someone’s attorney or an impartial mediator, but never both in the same case.  I know the adversarial system inside out.  I must not have done a bad job on my cases in which I served as an attorney because Martindale-Hubbell, the national rating service for attorneys, gave me their highest rating for both legal ability and ethical standards.   But, getting a decent settlement for a law client never gave me the same sense of satisfaction as mediating a troubled couple to a fair and workable settlement. Here is an insider’s view as to the specific reasons that the adversarial system of divorce in America remains in serious need of real reform. 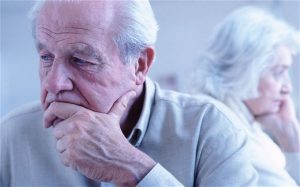 ‘’Versus” is the antithesis of collaborative.  In the early days of divorce mediation, O.J. “Jim” Coogler, who was the founder of the Family Mediation Association (which started the national movement of mediation for divorce settlements in the 1970s), had to respond to charges by the organized Bar that mediation by lawyers was unethical, because it was a conflict of interest.  Jim’s answer was that forcing divorcing spouses to be adversaries was what was unethical.  And yet, 70% of the states in America still require one party to be the Plaintiff and the other to be the Defendant.  Obviously this is far more than just semantics; it encourages the idea that marriages break up because somebody is at fault, despite the fact that every state has at least one ground for divorce that does not require a determination of marital fault.  Such a system is designed to promote conflict, not collaboration.

Civil discovery is an oppressive, inefficient nightmare.  The requirement of full disclosure in divorce cases is an appropriate principle, but the current system of civil discovery through the courts is often the cause of controversy, delays and expense.  The questions and the document-requests which law firms send out through the discovery rules are often long-winded and unfocused.  Frequently, they are barely even readable, and they make scant effort to focus on the real needs of the case.  The discovery system is mostly managed by paralegals and is one of the greatest causes of excessive costs in divorce cases.  And, despite all of the hassle, it is not uncommon for important information to avoid being detected.  I am a member of a Motion Conciliation Panel of the Fairfax Circuit Court, designed to settle requests for court orders without the need for a court hearing.  About 95% of the controversies that arise are over excessive discovery or insufficient compliance with appropriate discovery requests.  Hearing these arguments week after week does not build one’s respect for the system.

The skills and knowledge of divorce lawyers are often used in the service of procedural strategies.  The adversarial system is built, in part, around using procedural devices, including discovery and motion practice, to put pressure on negotiations.  The idea is to get the other side to agree on terms of settlement, not because they are fair or meet mutual goals, but rather to get the other side to concede on certain points.  Since both counsels usually know how to play these games, this often leads to wasted time and unnecessary paperwork, and detracts from substantive discussions of the real issues. 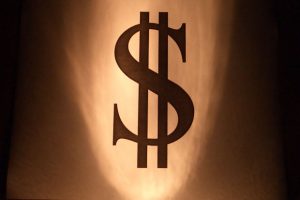 There are two kinds of lawyers that create problems in the adversarial system.  Many divorce lawyers I know are serious, thoughtful professionals who really try fairly to negotiate, and even litigate, and who prefer to avoid unnecessary costs.  But, there are others that work differently:  One kind is the “firestokers”—those lawyers who deliberately try to make the system more adversarial.  They write insulting or threatening letters, make “off the wall” proposals, and take other unnecessary actions.  When they eventually settle, it is often late in the case, and even “on the courthouse steps.”  The other category of difficult opponents are the general practitioners who make the case harder to settle because they don’t have the family specialist’s knowledge of the practical options.  I would actually rather have a “firestoker” as opposing counsel than a general practitioner who doesn’t know enough about working tradeoffs.

The adversarial system is custom made for angry, obsessive and vindictive clients.  It’s not unusual for the real problems in a divorce case to be generated by one or both clients, rather than by the lawyers.  Here again, however, the type of lawyers that are involved may make a difference.  “Firestokers” encourage and abet angry clients.  General practitioners often don’t even know how to manage them.  Even the best professionals can’t always deal with clients who want to “litigate their emotions.”  Family systems specialists are appalled at the way the adversarial system often promotes dysfunctional family interactions.  This is especially a problem when children are involved.  Public attitudes about the divorce process must keep changing.

The system often fails to make the most effective use of needed professionals.  The adversarial system is based upon using expert witnesses on each side, rather than working in team efforts with skilled professionals such as child psychologists, forensic accountants, business valuators and vocational specialists.  Too often, the specialist just acts as another adversary, rather than as a source of neutral and fair recommendations.

Despite all the above problems, sometimes an adversarial approach is required to resolve cases.  I have witnessed and often have been a part of settlements in which one or both parties would have been unable to reach any agreement without effective legal representation.  Such cases are best managed when the attorneys respect each other and have an excellent knowledge of the viable goals of their clients and the creative tradeoff options.

Alternative disputes resolution modes continue to be the wave of the future.  There will always be some cases that need a judge to decide on the settlement.  Some elements of the divorce law Bar will keep on working to maintain the existing system in place.  ADR is clearly the future, but both the professionals and the public need to help.  Members of the divorcing public must become more aware of their roles in keeping a bad system in place.  Collaborative professionals must learn how to be less bureaucratic and more cost-effective.  Divorce mediators must continue to strive to become more professional.  But, in time, these changes will happen.

_____________
Larry Gaughan was admitted to practice law in Montana in 1957, and in Virginia in 1967. He was a tenured full professor at Washington & Lee and George Mason Law Schools. As an attorney, he is rated by Martindale-Hubbell, the national rating service for lawyers, as “AV® Preeminent™.” Larry has been a family mediator since 1980 and is a Founding Member of APFM. He is a member of the Professional Mediation Board of Standards.