The Possible Use of Music by Family Mediators 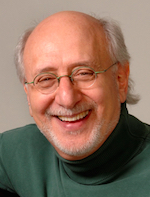 Traveling to the hotel where I was to do a presentation for the Academy of Professional Family Mediators, I had a lovely exchange with Steve Erickson and Diane Neumann, out of which a really exciting idea emerged about the possible use of music by APFM practitioners that parallels the use of music in our Operation Respect work which is focused on creating a caring, accepting, bully-free school environment that, coincidentally, includes teaching the rudiments of non-violent conflict resolution to children and youth (see: www.operationrespect.org).

In the case of Operation Respect’s classroom-based program, called “Don’t Laugh at Me,” certain songs are played and sung together that we have found can reach the hearts of students and teachers, opening them up to sharing their thoughts and emotions in an honest, and frequently powerful fashion. Music has the capacity to invoke our “better angels,” and our use of it is a signature aspect of our work at Operation Respect.

My idea was that music might be used in a different, but analogous way by Family Mediators and, after my presentation in Reston, Virginia to APFM, a number of Mediators told me that they were going to try using music in the way I described, though there might be other effective ways for Family Mediators to use music as well.

In order to explain and clarify my suggestion for those who were not in Reston, here is the way I suggest music might be harnessed to defuse defensiveness and accumulated hostility to create a more consonant and emotionally friendly baseline for clients of Family Mediators (I should preface this explanation by saying that my mentor at Cornell University, where I received a BS in Experimental Psychology, was Urie Bronfenbrenner, and I believe that this idea has direct roots in the wisdom I was fortunate enough to absorb from his teachings): 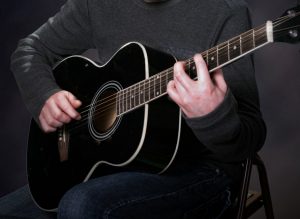 Prior to meeting with a couple, the Family Mediator could ask each party to send to the mediator a list of songs (around 10 or so) that had special meaning for them as a couple during the time that they were dating, or in the earlier period of their relationship. The mediator would look for overlaps of the songs picked by each party.

Then, in the beginning of the first session, after the “ice has been broken,” the Mediator would ask the couple to listen to one (or two) of the songs (ideally, ones that had been mutually selected by the parties, or one selected by each party (Note: The Mediator would have downloaded the song, or songs, from iTunes prior to the meeting with the couple and have a means to play the songs; it would be best to play them relatively softly).

In order to accumulate the knowledge gained from these interventions, participating mediators should write up their experiences to share with a central source at APFM (See Evaluation Form below). If lots of success is reported, a more formal study could be implemented that might be published—one that codifies and advances the efforts of Family Mediators.

Please know that I’d be grateful to learn of any successes, or failures, that result from this experiment. It would be a gift to me that might enlighten me and/or Operation Respect in our on-going work.

All my thanks,
Peter Yarrow

PLEASE COMPLETE THIS FORM and APFM will forward it on to Peter Yarrow. Thank you!

This simple form will give us a preliminary report on what occurred, and with what degree of success, when you used music as part of your mediation process. In addition to filling out this brief, evaluation form, please add a few comments and a description of what took place in your session(s).

Please fill in the form after each session in which music was used to help facilitate a more positive environment for a couple.